Jon von Sturmer has a long and distinguished career in Aboriginal studies. A central participant in many key events and issues including uranium mining in Western Arnhem Land, the Aboriginal Customary Law Reference, and the Wik Native Title Claim. Foundation member of the Wik Native Title Team, and research director/senior adviser to the agreement implementation committee. From 1998-2002, Principal Advisor and Research Director to the AIC and the First Nations Joint Company, advancing Aboriginal interests in the PNG-Gladstone gas pipeline proposal (1998-2002). A long involvement in Aboriginal art and performance.

Jeremy Walker has broad interests in political philosophy, economic history, and the history of intellectual interactions between the natural and social sciences, especially where the life sciences and neoliberal governance interacts, from synthetic biology and global ecological management through to new theories and practices of labour, growth and crisis. This interest extends to modes of resistance, for example as expressed in new religious or environmental justice movements, or the return to political theology, or biotech-art. He has also been active with theweathergroup_U. 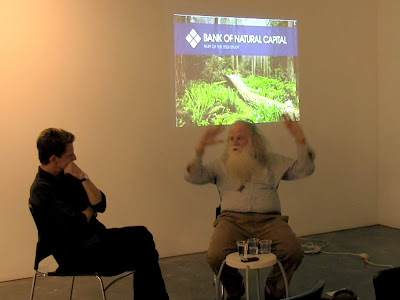 A SEMINAR TO DISCUSS THE ABORIGINAL PASSPORT CEREMONY 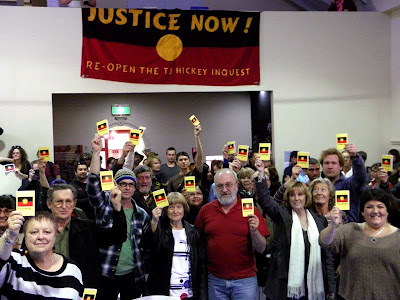 On 15 September 2012 a Welcome to Aboriginal Land Passport Ceremony was held in Redfern. Over 200 people, including newly arrived asylum seekers, were issued with an Aboriginal Passport by Ray Jackson, President of the Indigenous Social Justice Association. The ceremony itself is an important and powerful disruption of settler colonialism and its assumptions of national sovereignty. It recognizes, furthermore, that indigenous sovereignty was never ceded. At the same time, the ceremony undermines the authority of state-issued passports as documents that finally determine questions of inclusion and exclusion. As the Ceremony organisers write, “the issuing of the Passports covers two important areas of interactions between the Traditional Owners of the Lands and migrants, asylum seekers and non-Aboriginal citizens of this country. Whilst they acknowledge our rights to all the Aboriginal Nations of Australia we reciprocate by welcoming them into our Nations. It is a moral win-win for all involved in the process”.

This Seminar, one week after the event, will consider a range of issues raised by the ceremony, including the politics of sovereignty; whether a singular indigenous sovereignty is possible; as well as what alternative sovereignties might look like.

The seminar will be chaired by Eve Vincent and will involve the following speakers:

Ray Jackson – President of the Indigenous Social Justice Association and long term activist who has been deeply involved in social movements for many years - from the Union movement through to deaths in custody and policing issues.

Maria Giannacopolous – a lecturer in Socio-legal Studies and Criminal Justice at Flinders University. Her interdisciplinary research focuses on the relations between law, justice and sovereignty with a specific emphasis on racialised communities (Indigenous peoples, refugees and migrants) in Australia.

Darren Parker – a Ngunnawal man, a graduate of University of Melbourne and currently a PhD student at the same university. On completion of this qualification he will be the first Aboriginal PhD graduate from Melbourne Law School. Darren has an interest in commercial law and in particular the social impact of law within our community and on the indigenous population in particular.

This seminar is the third in the Cross Border Collective’s monthly series of seminars on the theme of Politics, Colonialism, Borders. These seminars aim to bring together activists and academics to examine local and international movements and debates in order to develop a counter-politics of the border. In our view, any such political movement must confront and resist Australia’s colonial history and the ongoing dispossession of indigenous peoples. If you would like to get involved in future seminars, please email Katie Hepworth (ketiairport@gmail.com) or Richard Bailey (rb2k@email.com).

The CBC is a Sydney based group that has been working on projects around race, the border, migration and the state for around two years. In the past, the Cross Border Collective has organised conferences, events, forums, protest and direct action. For more information see: crossbordersydney.org 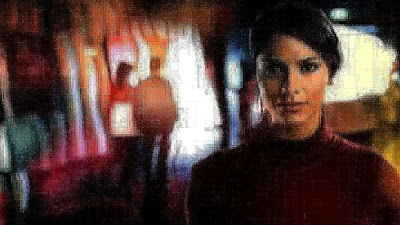 Please join us for the Australian premiere of Anathema (2011, 37mins) from Turner Prize nominees the Otolith Group this Thursday. The screening will be followed by a conversation with renowned cultural theorist and advisor on the film Mark Fisher, blogger at k-punk and author of Capitalist Realism.

'ANATHEMA reimagines the microscopic behaviour of liquid crystals undergoing turbulence as a sentient entity that possesses the fingertips and the eyes enthralled by the LCD touch-screens of communicative capitalism. ANATHEMA can be understood as an object-oriented video that isolates and recombines the magical gestures of dream factory capitalism. By bringing the telecommunicating couplings of mother-father-daughter-son-machines and boyfriend-girlfriend-units into contact with the conductive imagery of liquid crystallization, ANATHEMA proposes itself as a prototype for a counter-spell assembled from the possible worlds of capitalist sorcery.'

The Otolith Group is an award winning artist led collective and organisation founded by Anjalika Sagar and Kodwo Eshun in 2002 that integrates film and video making, artists writing, workshops, exhibition curation, publication and developing public platforms for the close readings of the image in contemporary society. The Group's work is formally engaged with research led projects exploring the legacies and potentialities of artists led proposals around the document and the essay film, the archive, the aural and sonic medium, speculative futures and science-fictions.

We understand the present as an era governed by neoliberal and ecological concerns; a conflux of market and planetary forces whose irreconcilable differences elicit a moment of crisis, and its potential for resolve or rupture.

Artists’ strategies and their findings form part of a broad public inquiry into these conditions. They reveal a cynicism towards outmoded ideologies and instrumentalised politics, and an interest in spiritual and occult means as a way to navigate life in the ‘post-internet anthropocene’. We see an ongoing interest in social processes and activities that locate artists outside of the studio-gallery circuit such as hospitality, teaching and learning. We see the ironic production of art objects that self-critique their co-option into the commodity cycle or test the capacity/inescapability of neoliberal acculturation. We also see artists at work under these conditions, confronting their own subjectivities to enact and articulate new forms of sovereignty.

Crisis Complex calls upon art's claim of autonomy; as a return of the social, as an intellectual provocation and as a nascent political field.

Alongside a screening, conversations and a forum with The Otolith Group and Mark Fisher, Cross Border Collective, John von Sturmer and Jeremy Walker.

Crisis Complex is curated by Laura McLean and Sumugan Sivanesan. 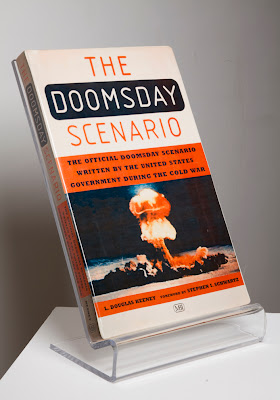